What Salary Can Web Developers Expect In 2019? 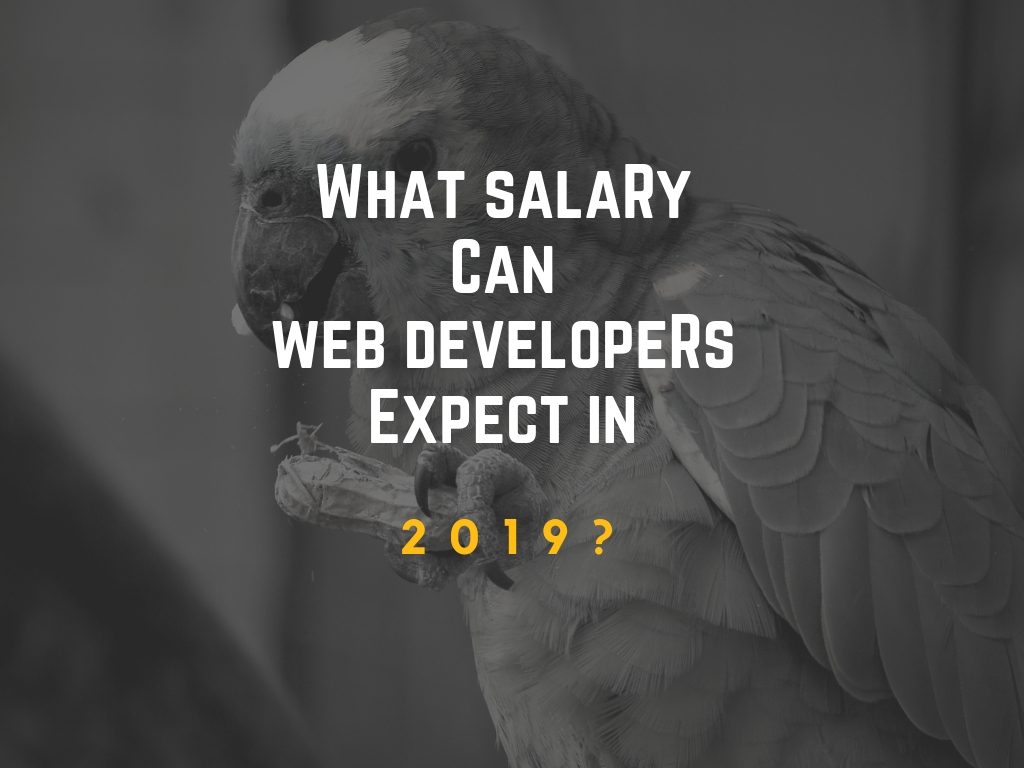 The job ‘Web Developer’ covers many different roles including working in different programming languages, frameworks and applications and the demand for Web Developers is currently very high. Here’s what salary you can expect to earn as a Web Developer in 2019.

A quick look at the year on year statistics from ITJobsWatch illustrates the decreasing demand for the term ‘web developers’ in the UK. In the first 6 months of 2017 there were 6098 jobs advertised for Web Developer, in the same period for 2018 that figure was down to 5054 and it further decreased to just 3960 in the the first half of 2018.

What this indicates, is not that there are fewer Web Developer roles available, it is because of the varying nature of the specifics of the role Web Developers are increasingly being required to do.

(Take a quick look at the bottom of this blog for the many different roles Web Developers will apply for.)

Demand for Web Development skills continues to rise across a range of sectors as explained by ComputerWorld:

“The internet is the vehicle that organisations use to connect employees, clients, partners and customers…the job f web developers remains a staple in the IT team, and talented web developers continue to be in demand even as companies add social and mobile platforms to their portfolios.”

The graduate website Prospects states the average salary expectation of a Web Developer largely in agreement with what the figures show below.

The highest median salary for Web Developers in the UK is in London where salaries average £47,500
Experience counts for everything and those with 10+ years experience command the biggest salaries
Key Web Developer skills advertised are JavaScript, HTML, CSS, .NET and C#.

It is clear that more junior roles don’t need to be advertised as much as the senior roles within the industry, reflecting the need for highly experienced web developers.

A more realistic average Web Developer salary list can be found after calculating the entire data set in a more regionalised form:

Getting the best salary possible means learning and gaining experience in the right skills, here are the key skills associated with the highest Web Developer salaries:

Payscale’s figures clearly show that experience really does matter when it comes to salary expectations. Those developers late in their career (i.e. with 20 year experience) can easily command 30-40% higher average salaries than those with 5 years of experience.

Does Securing the Best Developer Talent Mean a Commitment to Flexible Working?
Salary Expectations of a Software Tester
5 Tools Making It Easy For Developers To Work From Home
Is The Loch Ness Monster One? How To Find A Java Developer
The 5 Best Android Apps For Java Developers