What Salary Can Java Developers Expect In 2019? 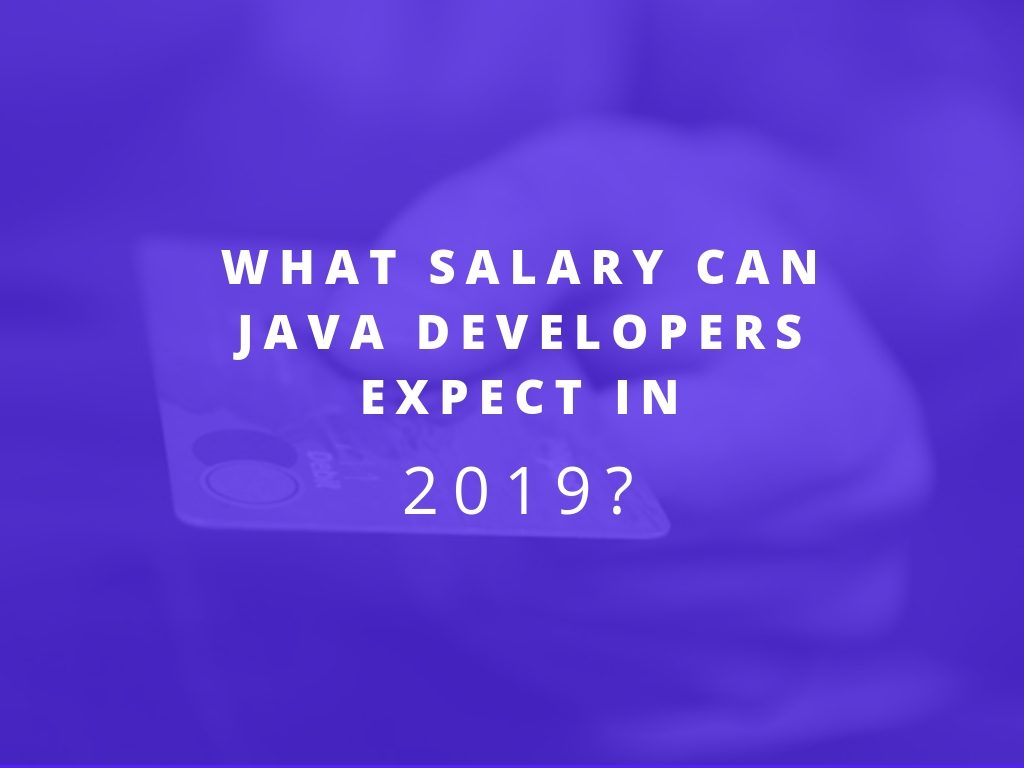 Java is a major player in both mobile and enterprise development software. It’s a skill that continues to be in high demand. But what kind of salary can a java developer expect in 2019?

According to Payscale the average Java developer salary in the UK is £34,042 per year, which it calculated from 483 respondents.

Glassdoor on the other hand pitches the average salary at £40,681, with its estimates created from 361 anonymously submitted salaries.

Total Jobs calculates the average salary for a java developer as £47,500, taken from a sample size of 269.

Salary Track calculate the average salary as £50,000, but it does show an interesting graph that demonstrates that the biggest percentage of salaried java developer jobs are to be found in the £30-40,000 pay band (24.5%) which represents a similar number of people as that working in the £50-80,000 pay band. 62% of all java developers earn less than £60,000.

At the higher end of the estimated average java developer salary is CW Jobs who calculate an average salary of £52,500, from 744 postings.

At IT Jobs Watch, which analyses advertised salaries on a number of jobs boards, calculated the median java developer salary to be £55,000.

Adzuna place the average java developer salary at £57,552, and calculates that year-on-year being a java developer equates to 1.4% pay increase, as opposed to a -0.4% for all other jobs and has seen an 18% increase in the number of java jobs it has posted since last year.

Across all the tables and figures, the highest paid job title was Senior Java Developer.

Where Are Java Developer Salaries Highest?

There is complete agreement however that London is the best place to work in if you want to command the highest salary which coincides with the location of most of the investment banks; the corresponding industry with the highest paid java developers.

Interestingly, Total Jobs saw a 14% drop in average wages in the City of London during March 2017.

Java Salary Expectations Across the UK

With limited (and contradicting) data from the various sources, working out how the regions compare is tricky, but there are trends developing, notably in the North West, South East and Scotland.

Here are the average salaries from around the UK regions (calculated from the sample’s set of regionalised data):

Key to getting the best salary is possessing the right skills. Many of the above salary tracking websites offer an indication into which skills are key in landing the top java jobs.

Keyskills (most important listed first) include:

Going contract can be a huge boost to your salary expectations, although this will only work if you have the right skills and experience required by those companies hiring contract workers.

Payscale notices that java developers with at least 10 years of experience are in the best position to command the highest wages, although individual experience will vary.

Interestingly, those still java developing after 20 years, won’t see their salary rocket through the roof – probably due to the fact strong java developers will have inevitably moved on to higher management and director roles.

The split between the sexes in java development (like many other aspects of software development) are unequal with 84% of java developers being male and only 16% female.

While those with 5-9 years represent 27% of the market.

What this suggests is those 27% command the highest paid salaries on the market, while the 58% occupy the more entry-level and junior roles. But clearly what you do in those first four or five years in your java career dictates how much salary you can command further along. The skills and career development during this time appear very important.

What Are The Salary Expectations Of A Junior .NET Software Developer?
Are Software Developers Losing Out in IT Job Searches?
The 5 Best Android Apps For Java Developers
How To Answer Questions About Your Weaknesses
The Hidden Dangers of The Counter Offer