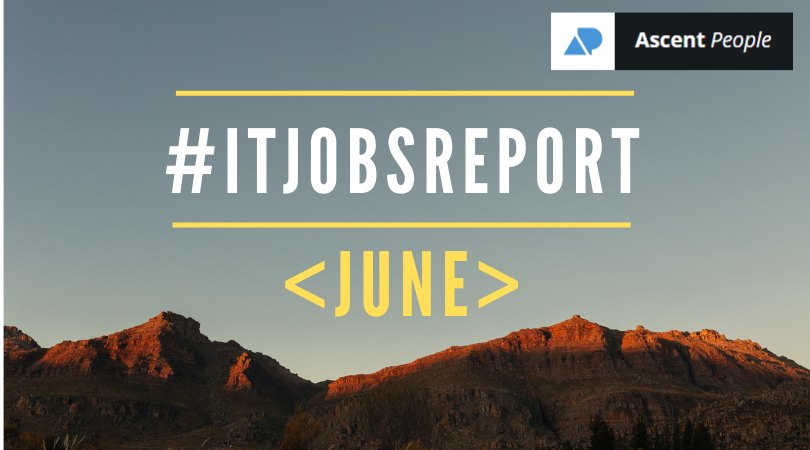 We are almost halfway through the year and confidence has certainly peaked as high as it has ever been in the last 18 months in terms of both temporary and permanent IT recruitment numbers. Permanent placements are growing at the fastest pace for six years and temporary billings are following suit.

However, according to Kate Shoesmith, Deputy CEO at the REC, “now is the time for action”, with that demand spiking, “this is the most pressing issue in the jobs market right now. Employers must think about how they can attract the staff they need, for example by looking at the wage and benefits package on offer – there is particular demand for more flexible and hybrid work.”

However, it isn’t all about embracing the end of lockdown, opening up of restrictions and welcoming new hires in by the dozen. Employers and the government too will need to do their job for the IT industry and the jobs market as a whole by improving access to jobs and focusing on improved job packages.

Whatever the situation in terms of vacancies and placements, the government should

urgently look at improving access to work and opportunities for everyone to access training that will lead to a job. This should start with careers information that signals where job openings are being created and funding for the relevant work-related training for employers and industry..

The view from the Midlands

The job market across the Midlands remained strong last month. With restrictions easing and vaccinations stemming the spread of the pandemic, it has resulted in a boost in confidence for both business and jobseekers.

Meanwhile the skills gap is very real and those coming from sectors that have not started to recover from the pandemic will certainly need support to upskill and reskill to move into new roles. However when it comes to permanent and temp recruitment levels the story is a little more surprising.

For permanent placements in the Midlands the figures showed a rise for the third month in a row, however this rise wasn’t as keen as experienced in the previous two months. This could have been due to businesses continuing to hire throughout the pandemic, the lockdowns and the easing of both; as the Midlands had seen continued hiring it meant that when lockdown eased it saw the slowest rise in placement figures last month across England.

For temp billings the increase was also the slowest since July 2020 although only moderate overall. Business commented that the lifting of lockdown measures required additional staff, though a lack of available temporary workers hindered the rise somewhat.

The view from the North

growing and hiring plans are in motion. It mirrors what we as recruiters are seeing on a daily basis. This is that permanent placements are growing at the fastest pace we’ve ever seen, and temp billings at the quickest since 2014.

So, the news looks good from our perch in Manchester, hopefully a perch we can physically return to when lockdown restrictions ease for good.

And last month’s figures indicated that the number of permanent staff appointments in the North rose, even with virus outbreaks and probably because of easing restrictions and more favourable economic conditions. This increase allowed it to catch up with the rest of England meaning it had the fastest increase in permanent placements last month and the third fastest on record.