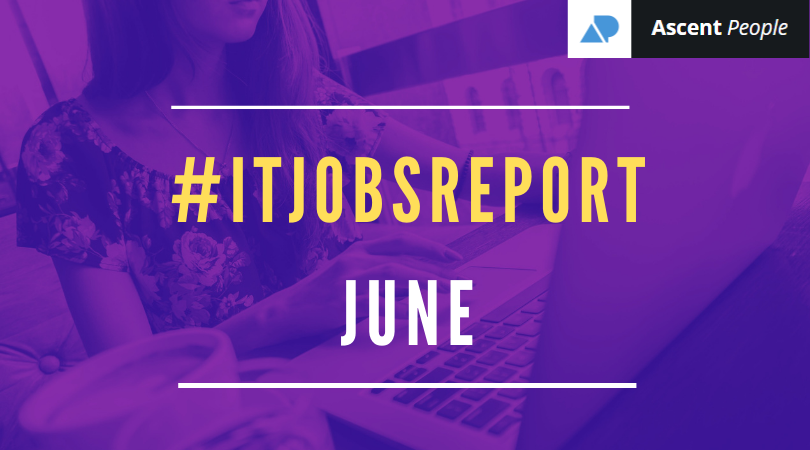 There is a lingering uncertainty currently surrounding the COVID 19 pandemic. And this uncertainty raises a lot of questions for the IT market, including:

Will hiring plans ever come off hold?

Is expansion even possible?

Are graduates entering an impossible situation?

The figures from May understandably make the IT jobs market look as bleak as it ever has in recent years. Even if lockdown rules change it is unlikely that IT professionals are going to see a large scale return to office work, or that hiring managers are looking to kick start their recruitment process either.

In fact much the opposite is having within the sector. Where possible IT professionals are continuing to work from home and what little hiring is still taking place, is doing so online and over Zoom.

The result has severely affected the IT jobs market, not only for IT recruitment companies like us, but throughout the UK.

How to recover from the crisis

No one disagrees that it is going to be a long journey out of the current crisis, but exactly what needs to change? Or should the question really concentrate on how is the industry going to adapt to a new normalcy?

According to Neil Carberry, Chief Executive of the REC, “Collaboration between government, businesses and recruiters will be vital as we try to get the economy up and running again. With a potential July stimulus package from the Government set to include a focus on retraining and skills, adaptability will be the key to success for jobseekers in 2020.”

IT jobs in the North of England

Highlights of the latest jobs report show that the market is still in a process of contraction, or at least trying to find its level:

IT Recruiters in the North of England once again reported another sharp reduction in permanent staff appointments last month, the second-fastest since data collection began in October 1997. On the ground, It recruiters indicated that coronavirus-related business closures continued to suppress demand for workers.

Temporary billings in the North of England continued to fall for the third consecutive month. Contract and temporary workers felt the force of businesses looking to ensure the future of their permanent employees as business contracted, tightening their belts as business closed and workers were either furloughed or carried on from home.

IT Jobs in the Midlands

It was much the same picture in The Midlands:

A big reduction in permanent placements

According to many IT recruiters in the area, firms continued to delay hiring decisions amid the coronavirus pandemic. This rate was softer than April but, like the North, was still the second-quickest since surveys began 23 years ago.

What all this boils down to is a further increase in candidate availability in the Midlands, largely related to redundancies and the non-renewal of contracts due to the COVID-19 pandemic. The rate of this increase was one of the most marked since the midst of the global financial crisis in 2008. Of all the regions, the Midlands saw the quickest increase in permanent candidate availability as businesses started scaling back due to economic uncertainty.

IT Jobs in Demand: