Will Brexit Result In An IT Talent Drain? 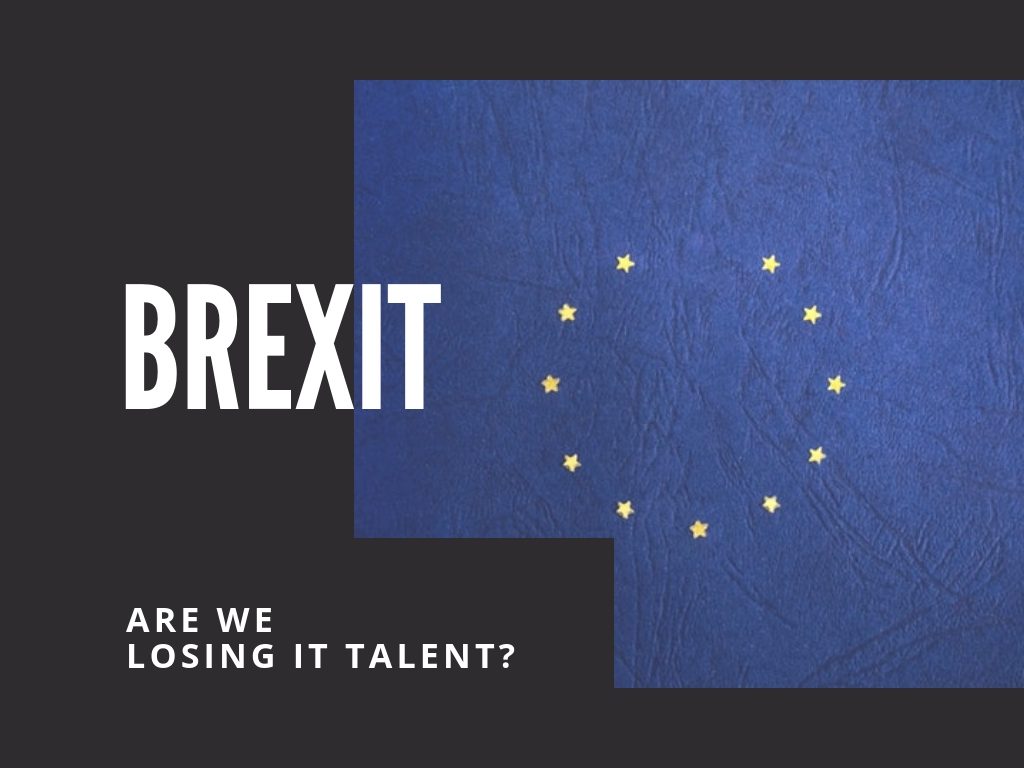 Is IT up the creek without a paddle because of Brexit?

We take a look at what IT commentators have to say on what Brexit might mean for IT developers from the UK and the large non-UK IT talent currently contributing to the tech economy.

It is fairly disappointing to note that that what was a worry a few years ago when Brexit was announced is still a worry now. For the IT economy negotiations haven’t yet confirmed anything concrete. Meanwhile tech hot spots have developed and grown across Europe, particularly in Germany.

Furthermore there might also need to have clarification on what leaving the EU means for the gaming sector in the UK with regards to its current membership of the EU Trade Mark scheme which protects intellectual property for games developers.

There are currently 15% of the UK gaming development community that are from Europe.

What worries many in the tech sector is if the situation around the UK is anything similar to London then the reports of the TLA (Tech London Advocates) make for worrying reading as the tech sector already faces a talent shortage in developers.

And it makes you wonder how many more digital talents will be added to the Tier 1 Exceptional Talent visa list in the near future. Four were added late last year (product manager, data scientist, senior developer and cyber security specialist).

This will be felt even more so if the latest BBC reports are to be believed where we read that Germany is currently eyeing up British developer talent.

Brexit and the skills gap for UK and non-UK developers

Back home James Britton, on the creativereview.co.uk website offers a glimpse of the future from a the point of view of developers already working in the UK.

“Aside from the immediate economic impact” he writes, “we’re now faced with an ugly reality that tens of thousands of talented people may leave the UK, and a future generation of talent may never arrive in the first place.”

However, all might not be gloomy news, as it will force the issue for a better emphasis on home-grown talent and place a bigger burden on the universities across the UK in building a sustainable pipeline of top developer talent streams.

Unfortunately, as it stands (and as we all know only too well for anyone reading our IT Jobs Report each month), that tech talent isn’t exactly dripping from the trees right now!

A point made similarly in developer-tech.com [which stresses a post-Brexit call to improve IT education in schools in the UK. As it eloquently puts it:

“Let’s face it, there is an IT skills gap in this country. Experts might debate the reasons for it, but the fact remains, it exists.”

According to techcitynews.com that skills gap “is currently being plugged by highly skilled and sought after migrants from Romania, Poland and the Baltic countries, who have benefited from the focus on science and mathematics in former Eastern Bloc schools and universities.”

Certainly the short term for those east European developers, which has almost become a staple industry for the region will now enter a period of confusion over their employment status in the UK.

Is there a solution?

While concentrating on the long term solution is a must, that focus needs to be applied now. But what about the short term? Because a recent report from the Chartered Institute for IT revealed that only 3 of the 28,787 teachers that qualified in 2010 held a degree in computing.

All of this suggests that the IT skills shortage isn’t closing any time soon. It raises the possibility of an IT brain drain either to Europe or even the burgeoning tech scene in Ireland. It also throws confusion over the many IT workers who have built their lives in the UK through their developer skills.

Then there is the prospect of a brighter future for IT being taught in UK schools, but that won’t be happening anytime soon. Perhaps the IT sector will escape the ominous prospect of tighter work permits for non-UK nationals as the Tier 1 Exceptional Talent visa list grows, or perhaps not.

What do you think?

How might Brexit affect your IT sector and are you worried by the prospect?

Leave your comments below…